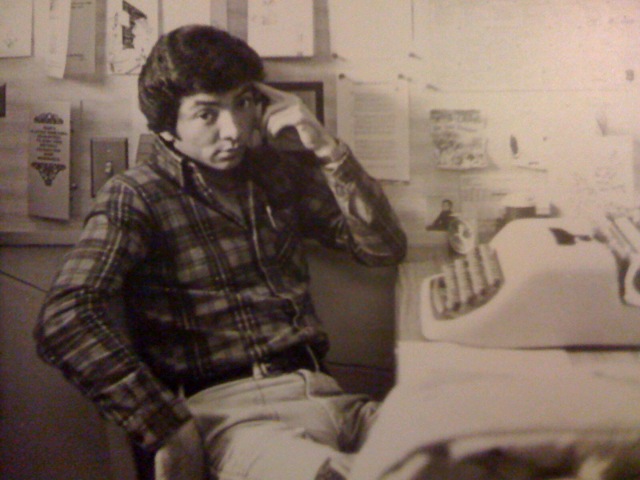 My writing habits have changed considerably over the last three decades. What once was a struggle, often co-opted by distractions – friends, family, pets, television, telephones and, yes, even surfing the internet – has gradually, over time, become a practice easily fallen into without diversion. I attribute this, not only to a long career filled with assignments and print deadlines, but to the fact that I find the process of writing far more rewarding than the preoccupations of conviviality.

Which is not to say that I don’t like spending quality time chasing pleasurable pursuits anymore. Far from it. I’m still a hedonist at heart. I’ve just become more selective about with whom and what I frolic. Given the choice of going out to a bar and spending hours in meaningless chit chat, I’d much rather stay home and let my imagination transport me to someplace far more interesting. Some people see that as introverted and misanthropic. Maybe it is. The real question is: How has being inwardly focused and anti-social made me a better writer?

Put simply, being gregarious and communal does not often allow for focused attention and diligence. The muse isn’t fond of cosmopolitan movers and shakers. She may flirt with them, promise them accolades and give them hope, but she rarely delivers because their devotion is capricious. No, it’s those who sit in darkened rooms, fretting over the perfect word, crafting paragraphs into idylls, spinning thoughts into verse and ignoring interruptions – those are her chosen. They pay attention to details. And they don’t stop until they’re exhausted and can’t type another word. The rewards are a continuing revenue stream, critical accolades, the occasional award and an inveterate feeling of accomplishment. So, yes, I think it has made me a better writer.

The truth is, the muse and I are on much better terms since I gave up the pursuit of social interaction in favor of inner contemplation and creative dictation. She speaks. I write. It’s this thing we have. I don’t call that anti-social behavior. I call it dedication to my craft.