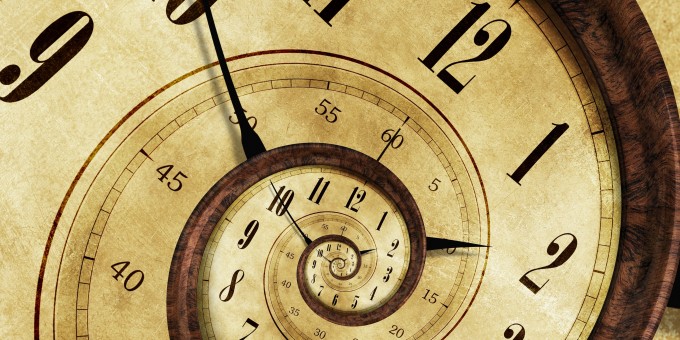 I’m really amazed at the difference a year can make. This past weekend was my birthday, which has never been a big deal in my book, but this year was different. I believe it has a lot to do with the fact that last year at this time I was undergoing biopsies, tests and other indignities, then doing a lot of waiting for a diagnosis that, when it was finally delivered, was very grim. Not exactly the best environment for merrymaking, even if at the time I was in Denver with some of my favorite people, who were doing their very best to help me keep my mind off such matters.

As I said earlier, this year was different. For the first time in probably decades, I was happy to celebrate another year of life. It actually meant something this time around, even though it was spent quietly with my husband. As an avowed introvert and raging workaholic, that is an acceptable option. Still, we made the best of it, as the video at the bottom of this page will attest. I guess what they say is true – we don’t really appreciate what we’ve got until we’re threatened with the possibility of having it taken away from us. How very banal, but whatever… I’ll take it.

In fact, I would even go so far as to say this year has been something of a revelation all the way around. I spent a large part of last year adjusting to the idea of living with cancer. I had decided, early on, not to undergo any of the traditional methods of treatment. After months of research I decided that radiation and hormones were not options I found reasonable and surgery is just too invasive. All come with side effects I still have a hard time accepting. And so, much to the chagrin of family and friends, I opted to take the alternative route, via healthy diet, exercise and mindfulness.

It took some getting used to, but eventually I found the right combination to suit my lifestyle. Is it working? Only time will tell. I still have regular tests to make sure my numbers aren’t spiking, but I have been known to backslide a bit. It isn’t easy to go from being a practicing hedonist to a pro tem health enthusiast. No, really. Though I gave up fast food and sugary drinks a long time ago, I still have a very healthy relationship with baked goods, cheeses, chocolates and wine. Giving those up completely is a trial I suffer through each and every day.

In any event, this is where I find myself today. I started off this year with a promise to myself that I would do everything in my power to stay true to the path. I’m pretty proud of my progress there. I also married my partner of ten years, which was long overdue, and have been concentrating a lot more energy on projects I had been putting off for a while. Among those are creative pursuits such as sculpting, photography, video essays and most importantly, writing.

To that end, I actually found the time to finish the rewrite of my script for Cries In The Night and I have to say, I’m pretty happy with it. Took some doing but I think the trouble spots have been ironed out. Of course, I lost a good chunk of character backstory in the process, which turns one of my favorite main characters into more of a secondary player. Remains to be seen if this new draft will meet the standards of the people interested in co-producing it.

The one thing I have going for me is that Troy – my business partner and our resident Producers Guild of America member – really likes it and wants to get it made, one way or another. It’s just up to me to get a version down that everybody can live with. Fingers crossed that this is the one…

I’m also very happy to report that the script my writing partner Autumn Gieb and I have been working on since last summer is finally finished. This one is a little different, in that it is written as a 24-episode science fiction serial, in the style of the Flash Gordon/Buck Rogers serials of old. Written in five minute segments – give or take a few seconds here and there – it presented quite the challenge, especially with built-in cliffhangers for each, but we gave it our best shot.

The result is a spoof with plenty of off-color humor, bizarre aliens, space battles and wigs. Lots of wigs. We’re calling it Biff Rogers And The Planet Smashers, which should give you some idea what we were going for. Many a mimosa was consumed during the creation of this questionable masterpiece, but it made us laugh like loons and that’s all we care about. Ultimately, I’d love to get it up on Amazon Prime as a series, but who knows, maybe it will play better on Vimeo or YouTube.

Will either of these magnum opi be made any time soon? Doubtful. Our slate is pretty full at PRC Productions, where the last phases of pre-production are bringing us ever closer to a shooting schedule for the sci-fi actioner Radio Silence. After that, we’ve got the script for the next installment of Lady Belladonna’s Night Shades queued up. And we’re still hopeful that the actors for The Beast will fall into place for a Fall ‘18 or Spring ‘19 shoot.

So, here we are, almost two full months into the year and already I’ve accomplished quite a bit. There is still a lot to be done, but I’m rediscovering things about myself, abandoned over time, that are making it easier to simply be. It’s hard to let go of 50+ years of bad habits, especially when my definition of ‘bad’ is quite different from most, though I’m sure being a workaholic is bad in anybody’s book. I think the key here is enjoyment. Enjoy every day like it will be the last and don’t sweat the petty stuff. The rest really is just a numbers game.